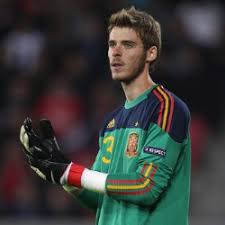 De Gea made the switch to Old Trafford in a 21-million-euro deal from Atletico Madrid, with the 20-year-old seen as Edwin van der Sar’s long-term replacement.

But his lack of experience has been questioned in some quarters.

However, Sir Alex has looked to justify the faith he has placed in the young Spaniard, who is set to make his United debut on Wednesday against the Seattle Sounders, noting the quality of Chelsea’s Petr Cech since moving to Stamford Bridge as a 22-year-old in 2004.

Speaking to reporters on the club’s pre-season tour, he said: “I went to see Petr Cech when he was at Rennes. He was 19 at the time and I said to myself, ‘Yeah, he’s too young’. But Chelsea bought him not long afterwards for seven million pounds or something and he’s never been out of the team.”

“So youth [or] age doesn’t matter when you have the ability of a goalkeeper like Petr Cech, or we know David de Gea has. He’s young, he’s quick and he has fantastic presence and composure. His use of the ball is outstanding. So all of these plus points are things that don’t go away. He’s got these natural things.”

Spain Under-21 international De Gea will be placed on a specialised fitness program upon his arrival at Old Trafford in order to increase his strength ahead of his debut English Premier League campaign.