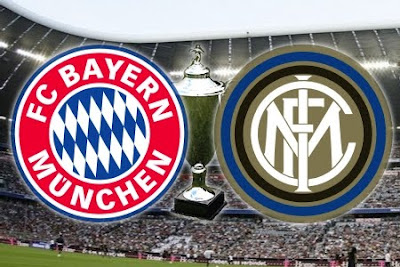 The Germans had been in crisis since winning 1-0 at the San Siro in the first leg.

All that changed against Hamburg as Bayern halted their plummet down the Bundesliga standings and gave coach Louis Van Gaal, who will leave at the end of the season, some respite.

Dutch midfielder Arjen Robben scored a hat-trick and Franck Ribery had one goal and a major role in another to help Bayern bounce back from three straight defeats in eight days.

“One day we are very bad and everything is a catastrophe,” Robben said.

“Now we are again a super team. Unfortunately, that’s how it is in football.”

“We reacted to our problems and it’s the best way to prepare for Inter. It was a struggle at first, but once we broke the deadlock, a weight was taken off our shoulders.

“In the locker room we said to each other that the time had come to start playing well again. We did it and we’re happy. I have great faith in this team’s chances of success.”

Ribery also feels it was a turning point in the campaign for the Germans.

“We earned an important victory, both for us and our fans. It was the right way to respond to recent difficulties,” said the France international.

Meanwhile, Inter will take their entire squad, including Lucio, to Munich.

Lucio is a major doubt after suffering an upper thigh strain in the 1-1 draw with Brescia.

The defender, a former Bayern man, has been called up with Thiago Motta, Esteban Cambiasso and Cristian Chivu, who are not 100 per cent fit.

Only the injured Diego Milito, Walter Samuel and David Suazo have stayed in Milan.

Maicon is also struggling with a bout of flu.