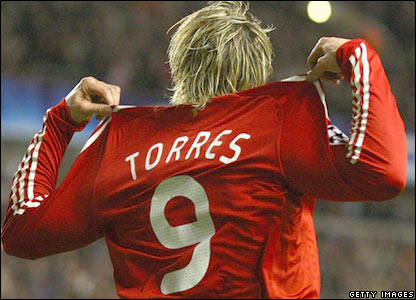 The figures are based on official club shirts sold domestically and internationally.

His team-mate Steven Gerrard was second in the top 10 list compiled by SportingiD. Liverpool defender Jamie Carragher also made it.

Manchester United’s Nani and Dimitar Berbatov both dropped out of the list, along with Arsenal’s Theo Walcott. Cristiano Ronaldo was also nowhere to be seen after leaving Manchester United for Real Madrid in a world record transfer; he was second last season.