Benfica have offered an insight into Chelsea’s determination 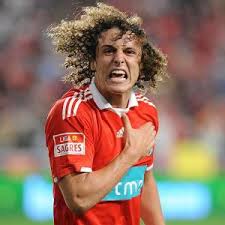 to secure defensive reinforcements during the transfer window by claiming they have already turned down a bid of around £17m for the Brazilian centre-half David Luiz.

Carlo Ancelotti suggested last week that he would assess Alex’s continued rehabilitation after knee surgery, as well as monitoring John Terry’s fitness after a sciatic nerve complaint, before deciding whether to pursue the signing of a new centre-back mid-season. He went on to indicate then that a British-based player might be preferable – he cited the lack of a language barrier as advantageous – despite being a long-standing admirer of Luiz’s form at the Portuguese club.

Benfica have consistently resisted the temptation to cash in on their 23-year-old defender, saying he will not be sold for less than the £43m release clause in his contract and, instead, touting Fábio Coentrão and Carlos Martins to potential suitors as they try to raise funds while retaining Luiz. Such a fee would price even Chelsea out of a move. Manchester City had also expressed interest in the player but, while Roberto Mancini remains an admirer, a bid is not thought to be imminent.

Chelsea – who still have the best defensive record in the Premier League – would have been anxious to avoid entering an auction with City but, regardless, will be reluctant to pay more than the £17m mooted and may now turn their attentions more concertedly towards one of the Premier League-based players to have caught Ancelotti’s eye.

In the short term Ancelotti must find a new central defensive partnership for Sunday’s visit of struggling Aston Villa with Branislav Ivanovic suspended. Ancelotti will consider partnering Terry with the youngster Jeffrey Bruma, whom PSV Eindhoven had hoped to secure on a six-month loan deal. The only alternative is moving Paulo Ferreira into the centre.

Marseille retain hopes of securing Gaël Kakuta on a loan deal until the end of the season and will step up their interest once the window opens, while Fabio Borini – out of contract in the summer and yet to feature in the first-team squad this term – is expected to return to Italy with a move to Parma.