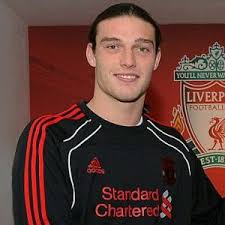 Carroll netted his first international goal for England in just his second senior appearance for Fabio Capello’s side last night – and Cole believes the 22-year-old is already ahead of the level his old Chelsea team-mate Drogba occupied at the same age.

“He’s very much like Didier Drogba,” Cole told LFC Weekly. “Andy’s 22 – we all know what a cracking player Didier is, but he wasn’t playing at this level at that age.

“There’s still a lot of developing for Andy to do so he can get better and better.

“He’s a good lad and I think you’d have been hard pressed to have found two better signings in January than Andy and Luis Suarez.”

Cole himself has endured a frustrating first year at Anfield, having struggled to find his best form since his summer switch from Stamford Bridge. The 29-year-old, signed by former boss Roy Hodgson, was sent off on his Reds debut, and has increasingly featured more in a cameo role.

Despite this Cole says he is enjoying his football, and remains proud to call himself a Liverpool player.

“I’m privileged to play for Liverpool Football Club and privileged to be a professional footballer,” he said. “The best thing you can do as a player is to make sure that you don’t take that for granted every day because it’s a great lifestyle.

“There is nothing you would want to change.

“It’s been a bit stop-start for me this season but football is all about ups and downs and sometimes you just have to ride the rollercoaster. I just try to have a positive outlook and keep going.

Cole also revealed that the arrival of another ex-Chelsea man, first-team coach Steve Clarke, has been hugely beneficial.

“I don’t think you’ll find a better coach around than Steve,” he said. “The lads really enjoy training and I am coming into work with a big smile on my face every day. I think all the lads are happy and results have picked up.”