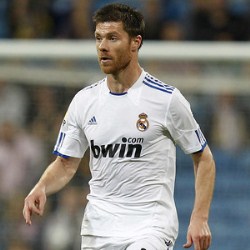 And Alonso has admitted he is growing impatient and hopes to end his wait.

“I need a league, I wish to touch the trophy this year,” Alonso told the Spanish sports daily Marca.

“I have been runner-up with Liverpool and again for two years in Madrid, it’s time to get it.”

The Spanish international did win the Copa del Rey with Madrid last season after beating Barcelona in the final but there was no catching their rivals in the La Liga.

And Alonso admitted Pep Guardiola’s men were too strong but has urged his side to pose a greater challenge this season.

“They have very good players, and have consolidated in recent times,” he continued. “They have enjoyed three years of outstanding results but Real Madrid will compete.”

Alonso also dropped a hint he may one day return to Real Sociedad, where he started his career at.

“Ideally it would be nice to go home one day, but my intention is to continue here.”