Harry Redknapp is ready to make William Gallas captain on his debut for Tottenham on Saturday.

The controversial move will stun many Spurs fans given that Gallas has only recently completed a free transfer from bitter rivals Arsenal.

In addition, his spell as Arsenal skipper ended in ignominious circumstances 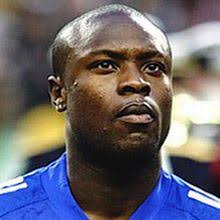 after he was stripped of the role by Arsene Wenger for a public attack on his teammates two years ago. That followed an infamous sit-down protest after a game at Birmingham.

But the Spurs boss has been hugely impressed with Gallas’ character and attitude in training.

Redknapp said he was ‘deadly serious’ about handing him the armband for the trip to West Bromwich if, as expected, Ledley King is kept in reserve for Tuesday’s Champions League trip to Werder Bremen.

Discussing the impact that Gallas has made, Redknapp said: ‘You have to be strong as a person to do that. It is easy not to have done that. He could have gone off and played somewhere else. Arsenal and Chelsea are part of his past.

‘You move forward. Who gives a monkey in 20 years about who you play for?

‘He was a great signing. In the open market, he would have cost £8million or £10m I suppose. He played 70 minutes in the week and he was excellent. Just having watched him in training and a practice match, you can see how good he is.

‘You don’t play in teams that win championships like he did at Chelsea or play for your country (France) as many times as that unless you are a top player. He has pace and is a great defender. He’ll be a big asset.

‘I have been very impressed with him as a fellow. He could easily become a mainstay. I am even considering making him captain, I’m certainly thinking about it.’

Pressed on whether he was really considering the controversial appointment, Redknapp responded: ‘I’m deadly serious.’

‘I have got to make that decision and it is a difficult one,’ said Redknapp.

‘Both competitions are important to me but we might just need Ledley’s experience on Tuesday night in an away game in Germany in a Champions League game.’

Redknapp’s injury concerns deepened yesterday when the club announced Jermain Defoe is likely to be out for three months following ankle surgery.

Jonathan Woodgate will have an injection on Monday to try to relieve the groin pain which has seen him unable to kick a ball for 10 months.