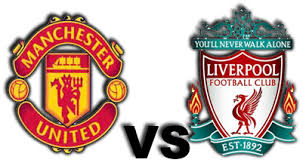 Benitez departed in the summer and Roy took over in the Spaniards place as the first team manager at the Merseyside Reds. The rivalry between Manchester United and Liverpool obviously has its past in several things, the industrial revolution, Liverpool’s European success, Manchester United’s English domination of the Premier League and Sir Alex Ferguson’s arrival at Old Trafford in  the late eighties. In the past eight meetings between the two English clubs, none has ended in a draw while Manchester United has won five and Liverpool has won three.

The last meeting in the 2009-2010 season which took place at Old Trafford was a feisty affair which Manchester United won by a score line of two goals to nil. This season, Roy Hodgson takes his side to Old Trafford after starting the English premier league season in an abysmal manner, his Liverpool team is currently 13th in  the English Premier League table while Manchester United are third and unbeaten in their last five matches. Manchester United drew their last league match which was against Liverpool’s derby nemesis Everton at the Goodison Park.

For Liverpool to win against Old Trafford will indeed be a shock of massive proportions. But the probability of that happening seems weak at the moment. However, Roy can take certain steps and deploy his team in an effective manner to wrestle three points away from Old Trafford come Sunday. Firstly, the ex-Fulham man will have to tell his midfielders as well as his defenders to adopt a deep line. A line which is within their own half of the field, Liverpool’s defenders should be told that their main job is to play long balls over the top of United’s defense whenever they have possession. If they are not in a position to do so, then they can hand over this responsibility to their midfield.

These long balls were quite a deal to handle for United’s defense as Torres gave Vidic and Ferdinand a great deal of trouble with his chase while chasing him. Secondly, Manchester United’s attacking strength lies in their wings. They use width to good effect as Ferguson has always built his teams around good wingers such as Giggs, Nani, Ronaldo, Beckham, Kanschelkis, McClair, Lee Sharpe so on and so forth.

When Benitez was in-charge at Liverpool, he curtailed his full back’s attacking ambitions in order to limit United’s attacks. He also told his midfielders to work in tandem with their wing back partners to deny Manchester United space and opportunities to cross the ball from out wide. Roy would do well to retain this disciplinarian approach because if Manchester United are indeed allowed time and space in wide area, they have the capability to hurt any team on the planet with Wayne Rooney and Berbatov up front.

The last and most important thing is to close Paul Scholes down as soon as possible. The most suitable men for this job would be the likes of Lucas Leiva and Christian Poulsen. Paul Scholes has been the director of Manchester United’s attacking traffic so far in the season. In mid-week, Ferguson left his central midfielder out of the side that faced Rangers and the result was a blunt Manchester United midfield which lacked creativity.

Scholes will be the key for United to impose themselves on the game, if Liverpool close this avenue down with good pressure and on the ball tackling, Manchester United might just be found wanting in the midfield area which has been their weakest for the past two seasons ever since the likes of Ronaldo moved to Real Madrid and Owen Hargreaves got injured. Liverpool’s last win at Old Trafford came in 2009 and it was an emphatic 4-1 win, there is no reason as to why Liverpool can’t achieve the same again. Only thing that matters is whether their new manager will be astute enough to detect his opponents shortcomings.