25-year-old Modric has been a big hit at White Hart Lane since signing for Tottenham in 2008 and is one of Harry Redknapp’s top players, pulling the strings in a talented midfield. 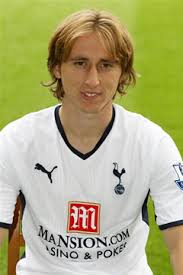 However, according to repoprt, Chelsea manager Ancelotti has pinpointed Croatian international Modric as his top transfer target next summer.

Dinamo Zagreb vice-president and close friend of Modric, Zdravko Mamic, who was influential in the deal to take the midfielder to Tottenham, claims to have met with Ancelotti.

Mamic is quoted in The Sun saying, “I was with Ancelotti for lunch. I was very proud when I heard what he said about Modric.

“Luka is top of his list, his first pick when it comes to new signings. I am not Modric’s agent – I am just his friend – but I am very proud.

Modric is contracted to Spurs until summer 2014.  He has scored twice for Tottenham so far this season.