Beleaguered Arsenal manager Arsene Wenger believes his team have done well this season, and says he now knows what must be done to turn 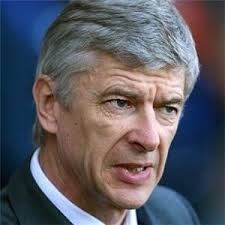 the Gunners into champions next season.

The London club have not won the league title since Patrick Vieira’s Invincibles lifted the Premier League trophy seven years ago and any hopes of them doing so this season were smashed when they lost 3-1 at Stoke on Sunday.

Arsenal’s weaknesses in defence came to the fore at the Britannia Stadium when Kenwyne Jones bundled home Stoke’s opener unmarked in the penalty area and again after an awful clearance from Johan Djourou fell straight to Jon Walters, who scored Stoke’s third goal.

Dutch striker Robin van Persie managed a consolation goal for the Gunners when he belted in his 20th goal of the season.

Fans are now calling for Wenger to bring in some experienced players during the summer, with key roles expected in defence, where Bolton’s Gary Cahill and Blackburn’s Chris Samba are reported targets.

Wenger insists he will not talk about the difficulties Arsenal are experiencing in defence as his team prepare for next weekend’s clash with Aston Villa.

The Gunners will want to stay ahead of Manchester City if they want automatic qualification for the Champions League next season.

Wenger said: “We have our plans and we know what we will do.”

“It is not the best moment to analyse after a disappointing game, but if you analyse all competitions and how we have done, the number of games we have played, then we have done well.

“We have to take a little bit of distance and make the right analysis of the season.”