The Manchester United striker Wayne Rooney believes he should 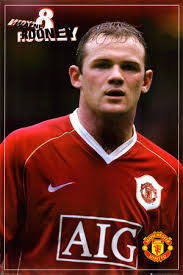 be allowed to play his way back into form and defended himself against recent criticism by insisting: “I’m only a human being.” Rooney has been plagued by poor form and off-field controversy so far this season. He missed the recent clash with Everton after allegations over his private life before being rested due to an ankle problem for today’s clash with Sunderland. The forward, who could however be named in the England squad on Monday for the Euro 2012 qualifier with Montenegro on 12 October 12, believes playing time is the answer to his poor performances recently. “I’m only a human being,” he said. “I hurt as well, but I need to get through this and get back to playing football the way I can do. I know I can play better, so I’m hoping to get a consistent run of games in the team. If I do that, I’m sure my form will be back to its best.

When you’re not playing at your best, you need to just continue playing and doing the simple things, then your form will come good.” Rooney, who has spent the overwhelming majority of his career to date as a first-choice with club and country, added: “You always want to play well and give the manager no excuses to leave you out, but there are top players here, so you have to be at your best to keep your place. If you’re not, the manager has the players to leave you out. All footballers get left out at some stage, but I want to play every game. My performances could be better. I obviously missed pre-season and I’ve only played four or five games this season but the more games that you play, the better your form will become, so I’m hoping to get a run of games.”

He also highlighted a change of position this season as a factor in his recent struggles. “Last season, I played up front every game, whether it was alone or with Dimitar Berbatov. I was the out-and-out striker and that was the big difference. That’s my favourite position and, scoring wise, it’s obviously a lot better because you get more chances to score rather than if you are playing in the hole and creating for others.”