Tottenham Hotspur have stepped up their interest in the Ajax striker Luis Suárez. 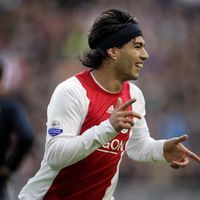 Harry Redknapp, the Spurs manager, is determined to improve his options up front in order to secure a finish in the Premier League’s top four. The club have also checked on the availability of the Sevilla striker Luís Fabiano, who has been a target for some time.

Tottenham, who have agreed a fee of £3m with Everton for the midfielder Steven Pienaar, face competition from Liverpool for Suárez. The Merseyside club have scouted the Uruguayan since August – the caretaker manager, Kenny Dalglish, made some of the visits himself – and they contacted Ajax at the weekend to check on availability and possible prices. Suárez, who played for Uruguay at last summer’s World Cup, is known to be interested in playing alongside Fernando Torres.

Tottenham have asked Ajax the same questions and sent scouts to scrutinise the player. Ajax are in debt and they would be tempted to cash in on Suárez if they were to receive an offer in the region of €18m (£15m). The player is keen to move on.

“Luis is open to a new challenge at a really big club,” said the Ajax coach, Frank de Boer. Suárez could expect to improve his current €2.1m (£1.75m) salary significantly with a switch to the Premier League.

Suárez was unhappy with Ajax in November, when they did not contest a seven-match ban that was imposed by the Dutch Football Federation after he bit a PSV Eindhoven player, Otman Bakkal. The Uruguayan was also disappointed when Martin Jol resigned as Ajax manager last month.

There is a feeling in Amsterdam that De Boer, a typical Ajax coach, wedded to a 4-3-3 formation with genuine wingers, might not include Suárez in his plans. Under Jol the Uruguayan’s starting position was on the right but he had licence to roam inside. His favourite position is second striker, which he plays for Uruguay.

Redknapp has a shortlist of attacking targets which includes Newcastle United’s Andy Carroll – who is not for sale at any price, according to his club. Spurs also asked Real Madrid last month if they could take Karim Benzema on loan until the end of the season, with an option to buy the Frenchman in the summer. Real, though, have lost the Argentinian Gonzalo Higuaín to a long-term back problem which has necessitated surgery – and their manager, José Mourinho, is more likely to buy a striker than sell one.

White Hart Lane has, nevertheless, been gripped by talk that the club have lined up a loan deal for a La Liga star; it is known that Redknapp is an admirer of the Real Madrid midfielder Lassana Diarra, whom he employed at his previous club, Portsmouth. Redknapp has already tried to sign the Frenchman for Tottenham.

Fabiano, the Brazil No9, has emerged as a viable option, despite complications over who owns him. Sevilla, his present club, are entitled to only a third of his transfer value and, were he to move to the Premier League, third?party ownership issues would have to be settled. Sevilla might be open to the possibility of a loan to a club who could then make the deal permanent in the summer.

Neither Suarez and Fabiano would not be eligible to play for Tottenham in the knockout stages of the Champions League, having appeared for their clubs in the competition this season. Redknapp’s priority, however, is the Premier League, and finishing in a position which will bring qualification for next season’s Champions League.

Redknapp wants to sell one of the strikers already at the club but Robbie Keane has failed to agree personal terms at Birmingham City, after Tottenham had accepted their £6m offer. Birmingham’s acting chairman, Peter Pannu, said: “The signing of Keane would not be in the best financial interests of the club.”

Tottenham were happy enough to wait until the summer for Pienaar, when he would have become a free agent, having agreed a deal in principle for him worth £70,000 a week. But Chelsea’s bid of £3m, which was accepted by Everton, forced them to change their plans. Chelsea fell some way short of satisfying Pienaar’s wage demands.