Despite their inevitably over-inflated price tags, almost all of City’s new boys are among the best buys of the summer. But Italian wonder kid Balotelli, who cost a reported £23million, is perhaps the pick. The 21-year-old marked his debut with a goal. 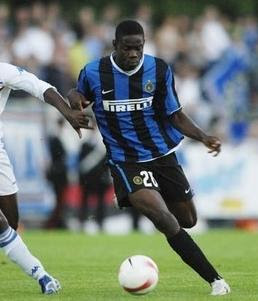 Balotelli was not the only striker to make himself an instant hero at his new club, with United’s new boy finding the net in the Community Shield win over Chelsea. The Red Devils relied too heavily on Wayne Rooney for goals last season and the £8m Mexican can make a crucial contribution.

The jury is still out on whether he is past his best, but Cole’s availability on a free made his signing a no-brainer. Liverpool and Spurs led the chase and the 28-year-old opted for Anfield. An otherwise decent start to life with the Reds was marred by a sending-off on his league debut.

Having lost William Gallas, Mikael Silvestre and Sol Campbell, Arsenal began the season with a big hole at the back in terms of experience. Arsene Wenger bucked the trend of placing most his faith in youth by recruiting 30-year-old France defender Squillaci from Sevilla.

Manchester United allowed their back-up keeper to forge a career elsewhere this summer, for a reported £4m. That is great news for Birmingham – who have landed a top-notch replacement for last season’s loan star Joe Hart – while first-team football for Foster is a boost for England as well.