John Terry has issued a rallying cry to his Chelsea team-mates ahead of a daunting sequence of Premier League fixtures, but the captain warned that the recovery must start immediately or any aspirations of retaining the title can be forgotten. 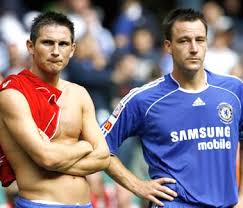 The Londoners’ slump continued with last night’s defeat at Marseille and Terry acknowledged that the sequence of one win in six domestic league games is the worst he has endured in his 11 years in the first team. Carlo Ancelotti has been unable to arrest the alarming decline and with fixtures to come against Tottenham Hotspur, Manchester United and Arsenal, the club’s track record of impatience when results are elusive have heaped yet more pressure on the Italian manager.

“Listen, we are going through a bad spell,” said Terry. “But we won’t give up. No chance. I certainly won’t, the manager won’t and we have big characters, like Didier Drogba and Florent Malouda, who have been at the very top for the right reasons – they are world-class players. It is time for us all to stand up. We have tough games coming up but we have big players here and, hopefully, they are prepared to rise to the challenge and put their neck on the line for the next few games.

“We saw that Manchester United didn’t start too well, that Arsenal have lost at home to teams they would not expect to, so hopefully the Marseille loss will be the end of our blip and we can recover now. If we don’t, other teams are going to pull away. A couple of weeks ago we were seven points clear, 20 goals ahead of most teams, and now we are trailing behind. We need to go on a good run and now would be the perfect time.

“We went three years without winning the Premier League and we got a taste of having it back last season. It was like the first time we had won the trophy. The players realise that if we don’t start winning again soon then we are going to be giving it away to United or to Arsenal, neither of whom is playing well at the moment. The good thing is we are not like Liverpool. We are not out of it. We are still in with a very good chance. We certainly have the ability and the players to go to places like Tottenham, to go to Arsenal, and get great wins, like we have done in previous years.

“This is not a nice feeling. When you go four or five years with that winning feeling, week after week, and not suffering a blip like we are now, then it is obviously hard to take. But the more worried you get and the more stressed you get about things, then the harder it becomes.

“We just have to get back to basics and look at what we were doing earlier on the season – playing with no fear, playing with confidence, getting at teams, having shots on goal, putting crosses in the box – because we certainly have the ability.

“Nothing has changed there. Tactics haven’t changed, players haven’t changed. As I said before, it’s just one of those things and we are not just playing well at the moment.”

Yet that mindset rather sums up the bemusement at Stamford Bridge over how a season that had been progressing so smoothly now feels as if it is unravelling. There is anxiety that the players and management, while consistently acknowledging the need to recover, have as yet been unable to revive the side and that the players’ confidence is now horribly brittle. That will inevitably place more focus on Ancelotti.

José Mourinho and Avram Grant were each ruthlessly dismissed as manager, while Ancelotti’s predecessor Luiz Felipe Scolari lasted seven months before Roman Abramovich cast him adrift with the team’s place in the top four apparently under threat.

Chelsea could conceivably begin Sunday’s match at White Hart Lane – where they have not won in the league since 2005 – in fourth place, with senior players now left to hope that the eye-catching matches with other contenders over the next few weeks jolt them out of their lethargy.

Drogba said: “Obviously these three games are not coming at the right time for us, but maybe these matches will change the situation we’re in now if we win them. It’s not finished yet.”

“There’s no point pointing the finger because we have all not done as well as we did earlier on in the season,” added Terry, who has felt no pain in his sciatic nerve since undertaking physiotherapy treatment in London last month. “We are not going to dig each other out. It’s about being told and listening to what each other has to say because we have got a lot of experience in the dressing room and I’m sure someone can come up with something to get us out of this hole. At times, you are going to have to just do a lot better than the opposition and at the minute we are not wanting it as much as them. It’s about staying together and believing in each other.”