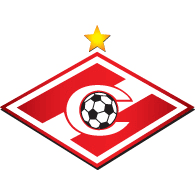 The French champions are level on points with Spartak in the race for the second qualifying spot to the knockout stages but with Spartak facing an easy tie against Zilina in their final group game, Marseille coach Didier Deschamps will be aware that anything less than all three points on Tuesday could mean the end of the road for Marseille in the Champions League.

After losing both their opening games, Marseille have bounced back well by securing maximum points from their double header against Zilina including a 7-0 thumping in their last match. Andre-Pierre Gignac grabbed a hat trick for Marseille while Gabriel Heinze, Loic Remy and Lucho Gonzalez were also on target.

Spartak on the other hand go into the match on the back of a heavy 4-1 defeat to Chelsea in their last game. However coach Valery Karpin will be pleased with his side’s performances so far on the European stage and will be aware that avoiding defeat on Tuesday would put them in pole position to secure the second qualifying spot over Marseille.