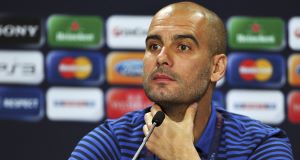 Mano Menezes’ work as Brazil coach has been called into question after the team crashed out of the Copa America in the quarter-finals following a defeat to Paraguay.

The South American giants have been criticised for their recent lack of silverware, but also for giving up on their traditional attack-minded, flamboyant playing style.

And Socrates, who played for the Brazil national team between 1979 and 1986, believes the 40-year-old coach is the right man to revive the five-time World Cup winners.

“It could be Pep Guardiola or Johan Cruyff [to guide Brazil],” he told Lancenet. “Guardiola has courage. Who plays in Barcelona’s defence?”

“They do not need defenders, they need courage. Brazil have given up on its culture and that is a silly thing to do.”

“It would destroy us if players like Neymar did not appear.”

Socrates said he felt Ricardo Teixeira’s days as Brazilian FA chief are numbered following the recent corruption scandals in which he is involved, and backed former team-mate Zico for the job.

“I think everyone should be able to vote for the next president of the federation,” the 57-year-old added.

“In that case, everyone involved in football would get to vote. Players, clubs and fans.”

“I would vote for Zico.”