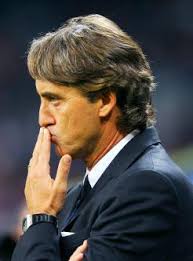 The Argentine appeared to refuse to come on as a substitute in City’s Champions League defeat to Bayern Munich, with the club subsequently suspending the striker for two weeks while the manager told reporters after the game that he was ‘finished’ with the Argentine.

Ferguson, who managed Tevez for two seasons, believes the way in which his rival has dealt with the situation showed strength of character and management.

“We have all experienced our own difficulties in management and you cope with it as best as you can. In my own experience strong management is important and there is nobody more important than the manager at a football club.”

Meanwhile, Ferguson confirmed that strikers Wayne Rooney and Javier Hernandez will be fit for United’s Premier League tie against Norwich City on Saturday.

Rooney was unable to play in United’s 1-1 draw with Stoke last Saturday while Chicharito was forced to leave the pitch after picking up a dead leg less than five minutes into the game.

“Wayne and Hernandez are fit for tomorrow. They trained very well yesterday, which is pleasing,” Ferguson said.

United have had a number of injury problems this season, with the loss of centre-backs Jonny Evans and Nemanja Vidic, makeshift right-back Chris Smalling, and rising starlet Tom Cleverley.

But the manager is hopeful of their return in the near future, adding: “We’ll hopefully have Jonny Evans back too. At the moment we’re making too many changes in the back four so hopefully his return will help us with the defensive part.”

“Vidic, Cleverley and Smalling should be ready after the internationals and available for Liverpool.”

United were criticised after their dismal performance in the Champions League against Basel on Tuesday, in which their opponents scored three goals after capitalising on a soft defence.

United gave up a 2-0 lead in the first half as it looked like they were cruising to yet another victory, but they allowed Basel to take the lead in the second, and only managed to come away from the game with a point after Ashley Young’s late equaliser.

“People will say our performance was careless against Basel and that we underestimated our opponents,” Ferguson continued.

“I think there’s an element of truth in that and we have to do better defensively. We are too cavalier at the moment.”