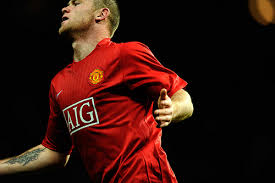 Despite United’s insistence that the England international is going nowhere, Rooney, whose current deal expires at the end of next season, is thought to be looking to leave Old Trafford having seen his relationship with manager Sir Alex Ferguson reportedly become strained.

Real have managed to land top talent from the Red Devils before in the form of David Beckham and Cristiano Ronaldo, but Valdano claims Rooney will not be the next United star to make the jump.

He told Telemadrid: “Madrid have two great strikers; (Gonzalo) Higuain and Cristiano, who already showed last season they are capable of scoring 60 goals between them.

“As well as that there are (Angel) Di Maria and (Mesut) Ozil, who are going to help these two goalscorers. The question is, who would we move aside if we signed another striker?”