Chelsea host Manchester City on Sunday in a match that could end the title aspirations of one of the competition’s two biggest spenders. 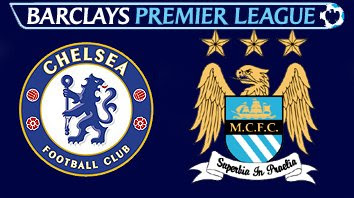 Chelsea were cruising on top of the English Premier League at the end of October and a second successive title looked a formality, but almost five months on and the script has been given an extensive rewrite.

The wheels began to fall off in early November, and since then the giants have slipped to fourth in the league table, with manager Carlo Ancelotti last month publicly declaring his men could not win the title.

But after beginning March with two consecutive wins – a 2-1 victory over leaders Manchester United at home and a 3-1 win over Blackpool at Bloomfield Road – it appears as though Ancelotti may have too hasty in dismissing his side’s chances.

With 10 matches still to play, Chelsea are in fourth place in the league and nine points behind United, who have played one game more.

For Roberto Mancini’s City side, their Europa League exit at the hands of Dynamo Kiev on Thursday leaves them with just two pieces of silverware left to chase this season – the FA Cup, where they will meet Manchester United next month in a cut-throat Wembley semi-final, and the league.

The fact that his expensive squad could not make it beyond the last 16 of Europe’s second-tier cup competition must trouble the Italian, who has already hinted he could drop temperamental striker Mario Balotelli after the Italian was sent off off in Thursday’s match with Kiev.

City are third in the league, two points clear of Chelsea, but have played one game more than the Londoners.

The last time they met, Argentinean ace Carlos Tevez scored the only goal of the game at the City of Manchester Stadium on September 25 to hand City an important win.

In good news for Ancelotti, Brazilian centre back Alex and Israeli winger Yossi Benayoun have both returned to the training track after long-term injuries.

And Fernando Torres is at least one game closer to scoring after going goalless in his last seven games, in his longest spell without finding the net since arriving in England.

City have more troubling news from the treatment room, with midfielder James Milner, goalkeeper Shay Given and winger Adam Johnson all ruled out.