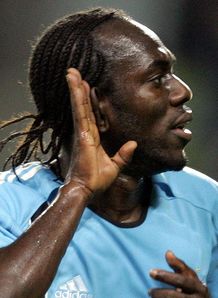 announced his retirement from football at the age of 33, his French club Guincamp announced on Friday.

He played for much of his career in France turning out for Lens, Nancy, Nimes, Sochaux, Marseille and Guincamp with whom he won the French Cup last year.

Oruma also plied his trade in Turkey, Switzerland and Greece.