Real Madrid’s coach, Jose Mourinho has come out with another outrageous statement suggesting that English football has lost its charm because of his absence. Mourinho is widely regarded as the World’s best manager at 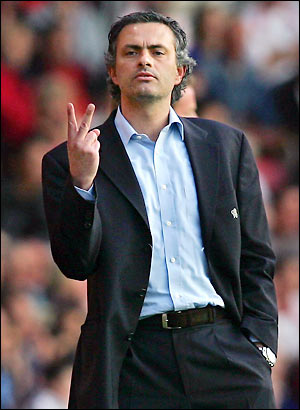 the moment alongside the likes of Sir Alex Ferguson at Manchester United, Arsene Wenger at Arsenal and Carlo Ancelloti at Chelsea. In the past six to seven years, Jose has achieved much more than his peers did at the start of their managerial career.

Jose’s first club management job was actually at Benfica. However, his tenure at Benfica was short lived and it paved the way for his appointment as the first team manager at Porto. It was at Porto that Mourinho really earned his fame, during his first season with the Portuguese giants; Jose took their average squad to the 2003 Portuguese league title. This triumph was made more special by the fact that Porto finished 11 points ahead of Benfica, the club that parted ways with Mourinho just two years before his appointment at Porto.

However, this was not enough for Jose. During his time at Porto, he inculcated new exercises and training methods into the club’s fitness regime. He specifically focused on high pressure football, which meant that Porto’s offensive line had to be sharp and attentive when they didn’t have the ball. This new strategy prompted players to perform better than ever before as Mourinho led Porto to yet another league title in 2004. This second league title was accompanied by the 2004 UEFA Champions League title as well. It was Porto’s first UEFA Champions League win which meant that it was a historic one for both the club and its fans.

In 2003, when Porto won the league under Jose, they also won the UEFA Cup and the Portuguese League Cup, this amazing triumph has since then been known as the Portuguese treble. A marvellous achievement that has not been replicated by anyone since 2003, Jose’s career at Porto took a rise and he cashed in on the opportunity in June of 2004 when he moved to Chelsea.

Back then Chelsea were a rising power in English football, equipped with the resources of their new owner Roman Abramovich. Jose marshalled the funds that were available to him brilliantly as he filled up all the squad 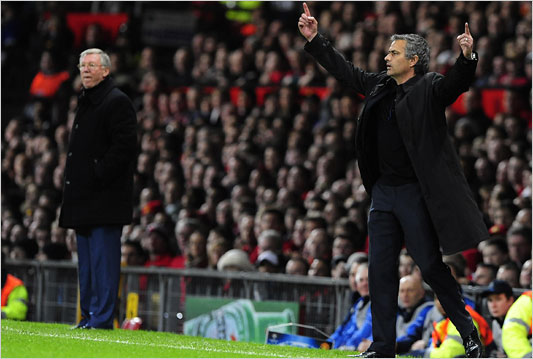 This was Chelsea’s first league title in well over fifty years, this victory was made sweeter by the fact that Jose fended off competition from English club giants such as Liverpool, Arsenal and Manchester United. In a total of three years at Chelsea, Mourinho won the English Premier League in 2005 and 2006. He also won the 2005 League Cup as well as the 2005 F.A Community Shield. He added further honours to his list when he won the 2007 F.A Cup and the League Cup titles. These accomplishments in English football were accompanied by his charismatic approach to English media’s football games; he frequently gave witty remarks and controversial interviews which cemented his position as English media’s darling manager.

Lately in the summer of 2010 after leading Inter Milan to two Serie A titles and a UEFA Champions League win, Jose Mourinho accepted Real Madrid’s offer of becoming their first team coach. In a recent interview with an Italian magazine, Jose said that English football actually misses him and he also misses English football. He added that he likes English football because the matches are played on the field and only last for 90 minutes. The Special one signalled his displeasure at the fact that there were too many off the field troubles which affected matches in Spanish football by commented that in Spain and Italy the matches include pre-game and post-game jibes.

Jose also spoke about Real Madrid’s left wing back Marcelo. He said that before he came to Real Madrid he didn’t like Marcelo because he was not fully aware of the Brazilian’s defensive ability. He went onto add that now he likes Marcelo because he has both offensive and defensive “quality” which is growing game by game. Real Madrid are currently 3rd in the Spanish league table as they have drawn two and won four of their six games in the Spanish Primera Division in the 2010-2011 season.