Manchester City captain Carlos Tevez has spoken about his unhappiness with the game at the moment and said that he has thought about retiring from the game entirely.

Although he is only 26-years-old, Tevez appears disillusioned with football.

He told the News of the World, “I have been playing many games this season, and my body is feeling it. I am 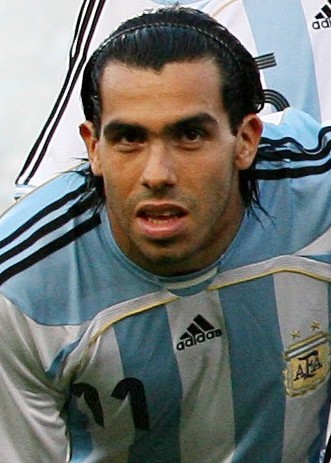 “I started to play when I was really young and I have always fought so much but now I’m feeling the effort.

“I’m an old guy now, and I started to think about some stuff. For example, I am less tolerant as a person today than I was a few years ago.

“Then I think – what happens if I quit football as long as I am okay in my life?

“When I talk about quitting, I mean quitting football, not just the national team. But at the moment I still don’t know if this is going to be in one month, one year, three or five years.

“I have the idea of quitting in my mind. Maybe one of these days, I will just wake up and say no more football.”

In particular, Tevez is feeling the pressure of English football, commenting “I have worked and fought so hard, and I would love to enjoy my football.

“I have been playing in England for five years, and I have not spent a single Christmas nor New Year with my family.

“Let me tell you I am not enjoying the life of a footballer.”

Tevez was a massive hit with the Eastlands crowd last season, having moved from Manchester United last summer.  Having been given the captain’s armband by Roberto Mancini, Tevez seems to have continued his good form for Manchester City , having scored five goals and contributed two assists already this season.