The new-era Manchester City have so far been quite hard to pin down. 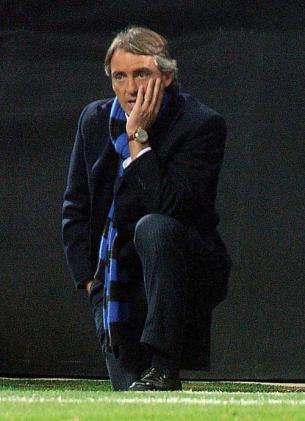 Walled within their own impregnable riches, City have seemed remote, lacking a single outstanding characteristic. It is still hard to say exactly what this current team’s big thing is, beyond a sense of vertiginous wealth in reserve. Carlos Tevez has been bandied about as a potentially defining presence, and Tevez will demonstrate heart and passion to order, like a by-the-hour children’s party entertainer, or the man in a mid-90s dance act whose job it is to cavort and gurn and backflip distractingly while sombre-looking men fiddle with knobs in the background. But somehow it just doesn’t seem quite enough.

This week City have taken a step forward. A threshold seemed to be crossed during the Manchester derby, which for the neutral was the football equivalent of eavesdropping on a particularly lukewarm and sex-free marital argument that simmers and congeals in the background without ever threatening to transform into anything beyond the promise of another identical lukewarm marital argument in three months’ time. On Match of the Day Alan Hansen described the derby as “a total and utter nonevent”. The word “boring” has even been widely bandied about, with City’s cautious style of play tagged as the main villain. And this seems to be it now. City have been formally declared boring. Boredom, it turns out, is their big thing. Finally we can all get on with telling them off about it.

This is unfair in various ways. It is unfair on City, who provided only 50% of Wednesday’s boredom and who are an emerging team with some fine attacking players. It is also unfair on the basic notion of boredom itself, these days an unfairly disparaged quality and a concept at least as nuanced and subtle as “excitement”. Boredom has always been one of the essential ingredients of sport. Great yawning burps of migrainous frustration are the canvas against which the finest excitements reveal themselves. Boredom is our staple: the pasta to sport’s ragu, the bolus of rice that pillows its sizzling bhuna. In practice teams habitually dismissed as being boring will turn out to be anything but. George Graham’s notoriously boring early 90s Arsenal, for example, who under close observation turned out to have such an air of reductive and unyielding nihilism that after a while their boredom became oddly, guiltily thrilling.

In a similar vein there are those who will maintain City aren’t boring at all, and that to say as much just demonstrates an insufficiently masterful grasp of expert Italian-style defence. This is true too. Densely-knitted defensive football has a great intellectual vitality about it. But I believe City’s boredom deserves a little better than this. It is very much its own boredom. It stands apart, a unique and brilliantly modern kind of boredom.

This isn’t simply a passing boredom. It is a boredom that comes from within. Football clubs can’t help but represent something. Once this might have been the community they sprang out of or the geography of their surroundings. Premier League clubs are of course beyond this, but they are still oddly vulnerable to passing influences, and the most powerful force currently acting on City is the identity of their owner, their own transformational sheikh. Perhaps it is here that we find the source of their unique boredom, a sporting expression of the basic inanity of high end billionairedom.

Let’s face it, being a multibillionaire must be a fairly glazed and textureless experience, a business of shuttling continually between airless, flat-screen, marbled, surround-sound bidet, iPod-socket, seven-star hotel suites inside a chinchilla fur-lined helicopter while wearing a solid gold hat. This is an existence without jagged edges. It is in many ways the exact opposite of sport, with all its galvanising fears and uncertainties. There is no sensible reaction to becoming a billionaire’s plaything, but it must be a deadening – as well as air-punching, high-fiving champagne-popping – experience. After all, what could be more boring than having everything you ever wanted handed to you on a plate?

It is only natural that City’s response on the field should contain, for now, an element of elite tedium. And they are still great fun to watch in this developmental stage. We can enjoy the spectacle of Yaya Touré, converted with neurotic caution from a world-class defensive midfielder into a so-so attacking bludgeon, a man who charges into forward positions like an adolescent impala freed from lifelong captivity and only now taking its first lolloping gallops across the veld. We can enjoy the (boringly banned) Mario Balotelli, who already seems exactly the kind of player City need: a boisterously talented youngster who may, if expertly husbanded, be just the type to jostle away that sense of rather fearful billionaire-shadowed alienation.

For now we need patience. Something annihilatingly boring has happened to City. A team that once captivated with their rollercoaster uncertainty now have the air of an element in some grand imported design. There are great clogging preconceptions to battle against, not least the endless disempowering trophy-winning refrain of it’s-not-if-it’s-when. In these circumstances, the players must sense, even success may still feel a little boring.