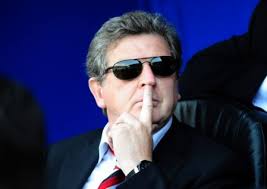 bring in four new players in the January transfer window. The Reds are currently embroiled in a takeover saga, with the boardroom split over a decision to sell and a High Court appearance needed next week to settle matters between owners George Gillett and Tom Hicks, and board members Christian Purslow, Ian Ayre and chairman Martin Broughton.

Dane Friis-Hansen is currently in his homeland after watching Lyngby’s clash with FC Nordsjaelland, where he was thought to be watching young trio Kim Aabech, Lasse Rise and Emil Larsen in action. However, Friis-Hansen denied he was interested in the players and had just visited the club to see an old friend, admitting in the process that he is looking for several first-team players to join the ranks at Anfield.

“I played with an old friend in Lyngby and have many good friends at the club, and because you have seen me up there, it does not mean that I am interested in their players. It is not what we need now,” Friis-Hansen told bold.dk.

“The results are now important in Liverpool, it is first priority to get four prominent players in the next window for the first team. Players who can go into the starting line-up.

“Roy (Hodgson) will hopefully get some money to work with. I will work in Italy, Germany, France, Belgium and Holland and will this year also be going to Spain for Liverpool and it is solely for the first team. “It is a shame for Roy to get such a start, for there is no doubt that he is a really good coach. But it has been a tough start, because you did not know and still do not know what will happen with the club financially. “I can hopefully go out and look at players in the highest price category at a time. But we will see.”