Liverpool manager Kenny Dalglish is certain to make changes having criticised his players after Saturday’s defeat at Bolton. 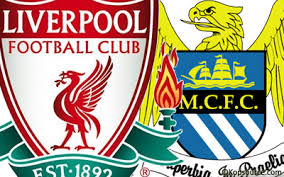 Defensive midfielder Jay Spearing could return to the squad having missed the last two matches with a hamstring problem. Winger Stewart Downing could get a recall having been dropped to the bench at the weekend while Dalglish will have to assess striker Craig Bellamy’s ability to play twice in four days. The Reds hold a 1-0 lead from the first leg.

City will be without striker Mario Balotelli if they accept a four-match ban for violent conduct. Captain and defender Vincent Kompany is already missing as he completes a four-match suspension for his sending-off in the FA Cup loss to Manchester United. Midfielder Yaya Toure and defender Kolo Toure are on international duty but manager Roberto Mancini has no fresh injury concerns

“We appreciate our advantage but it won’t mean we have got anywhere until after the whistle blows at Anfield. Let’s not be running away with ourselves, let’s make sure we get the hard work done first. We have a slight advantage, we just need to go into the game and compete. For us it’s important to do our own job, and if we do that then a bit of luck as well wouldn’t go amiss. It’s not going to be a game that’s going to be anything other than really difficult for us.” Kenny Dalglish said.

Manchester City assistant manager David Platt said “Kenny is talking about the manner of that result (3-1 defeat to Bolton on Saturday), so we expect a reaction from that. Conversely, they have their noses in front and the onus is on us to do something about it. It is a difficult task, Liverpool are a very good team. They have not conceded many goals. They copped three against us (in the league) and against Bolton at the weekend. Before that, they hadn’t conceded many goals. We understand the difficulty of going to Anfield and getting any kind of result. The size of the game – there is no second bite of the cherry, we have to win. We get nothing for a draw.”

This will be Liverpool’s first League Cup game at Anfield this season following away wins at Exeter, Brighton, Stoke, Chelsea and Manchester City.

The Reds have won 10 of their previous 13 League Cup semi-finals.

Six of the previous seven teams to win the first leg of a League Cup semi-final 1-0 away have progressed to the final, with Tottenham the only team not to. Spurs won 1-0 at Arsenal in the first leg in 1987 but then lost 1-2 at White Hart Lane before losing a replay.

Liverpool have become the third team to appear in 14 League Cup semi-finals, after Arsenal and Aston Villa; no team has appeared in more.

Despite winning the competition in four successive seasons as a player, Kenny Dalglish has never won the League Cup as a manager.

Liverpool eliminated City in their one previous League Cup semi-final meeting, winning 2-1 on aggregate in 1981.

The Reds and the Citizens have met on two other previous occasions in this competition as well as that semi-final clash in 1981. Liverpool won 4-0 at home in 1995 and City won 3-2 at home in 1970 (both in the third round).

The three previous games between the Reds and the Citizens in all competitions this season have seen a total of two red cards, two penalties scored and one own goal.

City are without a win in nine games at Anfield in all competitions, drawing three and losing six.

Liverpool have only lost one of their last 24 home games in all competitions, winning 13 and drawing 10.

The Reds have conceded exactly one goal in nine of their last 12 home games.