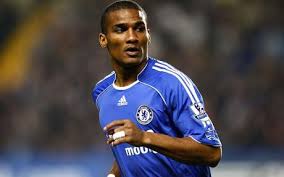 The 30-year-old, who only has one year left on his contract, could soon be surplus to requirements if Guus Hiddink succeeds Carlo Ancelotti as Blues manager.

The Dutchman will bring Arda Turan with him from Galatasaray, after the Turkey star impressed Hiddink while on international duty.

With other big signings on their way, Chelsea owner Roman Abramovich may decide to cash in on Malouda now rather than wait for his contract to expire in 12 months.

It is unlikely the France international will be offered a new deal and Dalglish hopes that means he could get the winger on the cheap.

Malouda has not enjoyed his best season at Stamford Bridge as has been unable to hold down a regular first-team place.

But Dalglish is adamant Malouda can still do the business and wants to get his man sooner rather than later.

It is hoped Dalglish’s head coach, Steve Clarke, who worked with Malouda at Chelsea could help sway the footballer to join the Reds.

It has been a frustrating search to find a winger for Dalglish with top target Ashley Young preferring a move to rivals Manchester United whilst being priced out of moves for Eden Hazard and Juan Mata.