Liverpool’s game against Fulham at Anfield is the highest profile casualty of the extreme weather which has hit the UK. 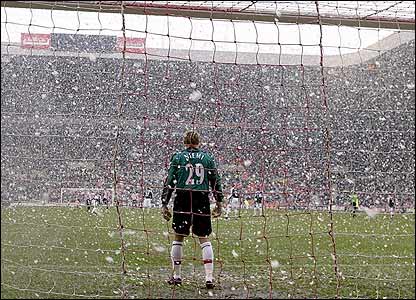 Temperatures were predicted to be -6 degrees at the scheduled 5.30pm kick-off time at Anfield, but conditions around the ground and on roads in the area forced an early postponement.

“Club officials met with the police this morning to assess the prevailing weather conditions,” said a Liverpool spokesman.

“The safety of all fans attending the game is paramount and although the Anfield pitch is playable, the conditions around the stadium and further afield for people travelling to the match are such that the decision was taken, following police advice on safety grounds, to postpone the game.

“All existing tickets will remain valid for the re-arranged fixture and supporters will be advised of the new date as soon as possible.”

Wigan earlier issued a statement confirming their game had been postponed, citing “freak snow” as the reason.