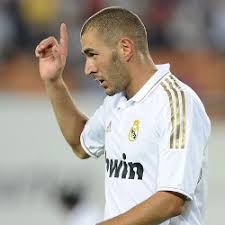 The Frenchman is believed to be on the Gunners’ radar this summer, as his future at the Santiago Bernabeu remains in the balance.

However, it appears the €35 million signing from Lyon is slowly but surely establishing himself in Jose Mourinho’s side after a strong finish to last season.

And with his impressive showing in Madrid’s pre-season, scoring three goals so far, the 23-year-old now sees a future for himself at the club and has denied any contact with Arsenal boss Arsene Wenger.

“My place is at this club,” Benzema told L’Equipe.

“I have never talked to Mr Wenger or anyone else. I want to enjoy success here. I have found my self-belief. This season, I know we will win titles.”