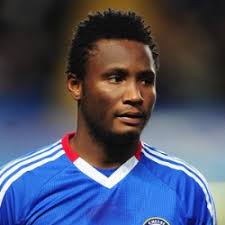 being held by kidnappers in his native Nigeria.

Michael Obi, who runs an inter-state transport company, has not been seen or heard from since he failed to return home from work last Friday in Jos, the capital of Plateau state. Calls to his mobile telephone apparently went unanswered before the device was unreachable from Saturday but, while no ransom demands have as yet been received, his management company have confirmed that he has been abducted.

Speaking on Sky Sports News, Mikel made a direct appeal for his father’s release. “Please just let him go,” he said. “He’s just an old man, he hasn’t done any harm to anyone as far as I know and I don’t know why he has been taken.”

Mikel was informed of his father’s disappearance on Saturday morning and played in Chelsea’s draw at Stoke City on Sunday, with his family back in Nigeria “hopeful” that Obi Sr will be found safe and well. “It’s been tough for the young man,” said the player’s agent, John Ola Shittu. “The family in Jos reported [Obi Sr] missing at the police station, as expected, but we’re taking all necessary measures to find him. We’ve told John to be brave and to stay calm.

“He is totally devastated. We were not sure whether to tell him before the game. But after speaking to the manager [André Villas-Boas], and [the Chelsea sporting director] Mike Emenalo, we agreed that he had a right to be informed of such a serious incident. He was under a lot of stress, but he showed a lot of character and mental strength to play against Stoke.”

Kidnappings, more often of figures associated with the oil industry, are a common occurrence in Nigeria but high-profile footballers and their families have been targeted. In July 2008, the elder brother of the Everton defender Joseph Yobo, Nornu, was abducted in Port Harcourt. He was released some 12 days later though it is unclear whether a ransom was ever paid.

Chelsea released a statement on Monday which read: “Everyone at Chelsea Football Club was very concerned to hear that John Mikel Obi’s father has been reported as missing and possibly abducted. We will give Mikel and his family our full support at this most difficult time.”

A statement from Mikel’s management company SEM said: “SEM confirms that client John Obi Mikel’s father was abducted in Nigeria on Friday, 10 August. Thus far no ransom (demand) has been received. Mikel was informed by his manager prior to the Stoke v Chelsea match and decided to play so as not to let down his team and family.”