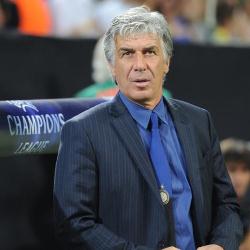 The Serie A giants have confirmed the 53-year-old’s departure on their official website.

“Inter want to communicate that the first-team training at Appiano Gentile this morning was taken over by Daniele Bernazzani and Giuseppe Baresi,” a statement on inter.it reads.

“The club wishes to thank Gian Piero Gasperini for the effort shown during his tenure and manifests its true disappointment for the interruption of the relationship with the coach.”

Gasperini replaced Leonardo as the man in charge at Giuseppe Meazza earlier this summer, but the former Genoa tactician failed to stamp his authority on the Coppa Italia holders and has consequently been relieved of his duties.

Gasperini began his spell at Inter with a 2-1 Italian SuperCup loss against AC Milan. He then followed the derby defeat up with a 4-3 reverse at Palermo and a scoreless draw with Roma in Serie A.

A 1-0 home defeat to Trabzonspor in the Champions League last week only added to his misery, and club president Massimo Moratti moved to dismiss Gasperini after Tuesday’s shock 3-1 loss against Novara in the latest Serie A fixture.