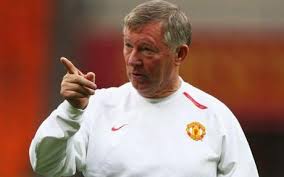 Rooney demonstrated his power at United when he forced the club into handing him a new £250,000-a-week contract to stop him leaving.

But Ferguson warned his England star that he would get rid of any player who threatened his authority.

“The minute a footballer becomes more important than a manager, your club is dead,” he said. “The history of this club goes right down the drain.

“I’m the most important man at Manchester United. It has to be that way.

“My concern will always be control. The minute a player threatens my control in the dressing room I have to take it seriously.

“If he’s affecting results or morale or spirit he has to go. My strength has to be obvious for all to see.”

Ferguson says he has forgiven Rooney for saying he would not sign a new contract at the club and blames his agent Paul Stretford for giving him bad advice.

He hopes his star striker will be able to return against Wigan on Saturday after shedding half a stone at his boot camp at Nike’s US headquarters in Oregon.

“The boy rushed in,” he said. “The minute the response of the public and supporters and press had a say, he changed his mind immediately because he knew he made a mistake.

“He immediately apologised and agreed on a new contract in a couple of hours.

“We want to get Wayne to his best. When that happens, everything will be OK. Wayne’s had a good week in Oregon. He’s back and is training. We have to assess if he is ready to get into the first team.”