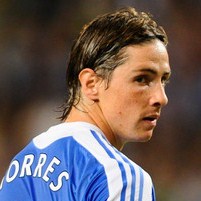 Torres has looked a shadow of his former self since signing for the Blues in January, struggling to reach full fitness and scoring just one goal.

His Chelsea place is under serious threat from Didier Drogba, Nicolas Anelka and Romelu Lukaku – and now it seems that his spot in the Spain squad is also in jeopardy.

Del Bosque did not even grant Torres a place on the bench for the midweek 6-0 win over Liechtenstein, forcing the striker to watch the action from the stands.

“Torres is an important player, but those who stand out with their clubs will get the call to the national team, not the other way round,” said Del Bosque.

Torres has not scored for his country since a brace against Liechtenstein 12 months ago.