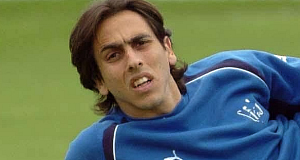 champions, Lille. A decision could be made this afternoon on which club has succeeded in acquiring the Israeli international.

If Benayoun returns to Anfield then it might pave the way for Raul Meireles to leave Liverpool. It’s understood the Portuguese international, currently out injured, wants to quit Merseyside because he believes his first-team opportunities will be limited by Kenny Dalglish’s summer signings.

Chelsea have expressed an interest in acquiring Meireles and it’s understood the two clubs are discussing the possibility of Benayoun being included in a player-plus-cash exchange.

However Liverpool would prefer Meireles, if he is to leave, to move abroad and not remain in the Premier League. With the midfield signings made by Dalglish, Meireles has lost his place in the starting XI for now. He was injured in the Carling Cup last week.

Meireles is thought to be available for around £11m – although Liverpool may demand more from Chelsea – and is admired by Chelsea manager Andre Villas-Boas who worked with him briefly at Porto.

Benayoun has indicated on his Twitter site for the past couple of weeks that he is likely to leave Chelsea, who he signed for last summer, and recently gave up his number 10 shirt to new arrival Juan Mata.

Yesterday Benayoun tweeted: “negotiating with several team (sic) ? news soon.” The two clubs are Liverpool and also the highly-ambitious French champions, Lille. If Benayoun signs for them it might raises questions over their Belgian international midfielder Edin Hazard who has been wanted by Arsenal.

Despite Liverpool’s interest, Lille are also thought to be strongly in contention to sign Benayoun and can offer him Champions League football this season. Benayoun has grown surplus to requirements a Chelsea, where he has struggled to gain regular first-team football and has suffered from serious injury.

It’s understood to be highly unlikely that Benayoun will remain at Chelsea.