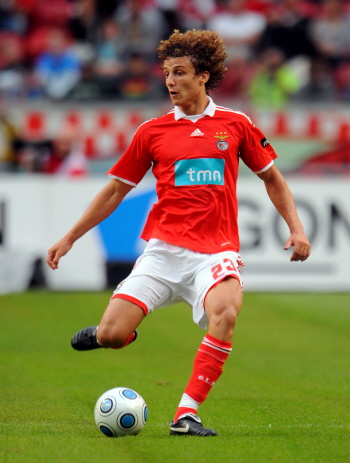 Benfica are in the balance tonight because of a dispute about the financial structure of the £25.5m deal.

Benfica claimed to have halted negotiations after Chelsea apparently made it clear they were not willing to pay the full amount in one sum, when the Portuguese club say that is a stipulation of the deal.

The issue hinges on Chelsea’s wish to pay the money in several instalments over the course of David Luiz’s contract. Benfica had been under the belief that an agreement was made on Saturday for the total to be paid as soon as the player had moved to London.

David Luiz had been due to arrive in London today to become Chelsea’s most expensive transfer since Andriy Shevchenko’s £30m arrival from Milan five years ago. A hearing had been arranged for his work permit application and plans put in place for his medical. Instead, Benfica have named him in their squad for tonight’s Portuguese Cup tie at Rio Ave and are saying that the deal is effectively off unless there is a change of mind at Stamford Bridge.

As yet, Benfica have not released an official statement but high-ranking officials at the Portuguese club have privately criticised Chelsea’s conduct during the negotiation process. There is anger on the part of Benfica because they believe Chelsea have gone back on their word. The indications from Portugal are that the London club will have to fall in line with their demands for the transfer to be resurrected.