Chelsea manager Carlo Ancelotti has stated that he will not be signing David Beckham on loan in the January transfer window. 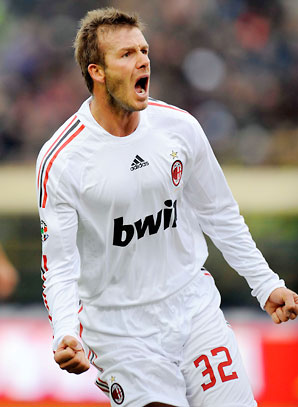 Beckham has been linked with a move to Tottenham, while Blackburn, Newcastle and Sunderland have also confirmed an interest in the former England captain, who currently plays for MLS club LA Galaxy in the United States.

Ancelotti worked with Beckham during his loan spell at AC Milan two seasons ago, but revealed that Chelsea were not interested in the same type of deal for the 35-year-old.

“I read Beckham would like to come back for Tottenham,” Ancelotti told reporters at a press conference.

“He is a fantastic professional player and could be good support for Tottenham if he comes back.

“But we are not interested. In that position we have good players.”

Beckham spent the last two close season periods on loan at AC Milan and is keen to return to Europe in order to improve his fitness and prove to England manager Fabio Capello that he deserves a recall to the national side.

And Ancelotti believes he could come in useful for a top Premier League club before the MLS season begins in March.

“When he came to Milan he was not young,” said Ancelotti. “He came from the American league and it is not a league with fantastic football, but he gave fantastic support.

“Beckham is a professional player, it is easy to manage him. Every time he does total support for the team.

“He is an unselfish player. I was happy to manage him for six months because he is a fantastic player and a good man.”