Barcelona coach Pep Guardiola has claimed that rival Jose Mourinho is arguably the best coach in the world, and that Real Madrid have “a great team”. 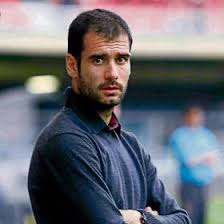 The Blaugrana tactician was answering questions today regarding his side’s Copa del Rey match on Tuesday evening versus AS Ceuta when he was asked his opinion of los Blancos’ boss, and the team he is creating.

Guardiola remarked: “He is probably the best coach in the world. It is often difficult to decide in these cases who is the best, but his career in several countries is immaculate. Real Madrid have a great team, and I knew that the league this season would be competitive from the very first game. We hope to keep up.”

The boss then focused his attention on the match in hand against the minnows, who are based on the north African coast, and is weary of how this match has the potential to turn into a difficult evening should his players lose focus.

He continued: “We must not get lazy. I have great confidence in the team, and we are eager to compete. There are players in the squad with a perfect profile for this game. We need fresh legs and there are players who are accustomed to playing matches in the Segunda B and below. It may not be an important game for them, but it is a dangerous game for us.

“Our team have never disrespected an opponent, and won’t do so at Ceuta, where there are many great fans of Barcelona. I understand that they want to see Xavi [Andres] Iniesta or Leo [Messi], but this team has many great players.”