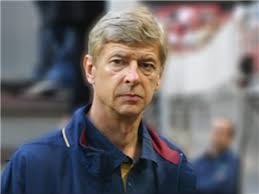 The club has also been fined 10,000 euros over the incident which came while the Frenchman was already serving a one-match touchline ban for comments he made after his side’s exit from the tournament at the hands of Barcelona last season when TV cameras captured him appearing to pass instructions to assistant Pat Rice via coach Boro Primorac.

UEFA’s Disciplinary Regulations stipulate that a manager serving a touchline ban is not permitted to communicate with his players at all during the match, but Wenger argued he believed he was operating within the rules.

It now appears that defence has been rejected by the organisation’s Control and Disciplinary Body, and the Arsenal boss will now not be able to take his place on the touchline either for the return leg against Udinese this Wednesday or the Gunners’ first group stage match should they qualify.

A statement on UEFA’s website reads: “The UEFA Control and Disciplinary Body has suspended manager Arsene Wenger from carrying out his duties at Arsenal FC’s next two UEFA competition matches.”

“Today’s decision was taken in relation to the Arsenal manager not abiding by the decision of the Control and Disciplinary Body during the English club’s UEFA Champions League playoff game against Udinese Calcio last Tuesday, 16 August.”

“Wenger is therefore suspended for Arsenal’s second-leg match against Udinese in Italy on Wednesday and then the next UEFA competition fixture for which he would be eligible.”

“The Control and Disciplinary Body has also decided to fine Arsenal 10,000 euros for improper conduct by its officials.”

“An appeal may be lodged against these decisions within three days of the dispatch of the reasoned decision.”