Wenger has in the past been criticized for a perceived reluctance to spend the money necessary to bring some of the world’s top names to the Emirates Stadium. 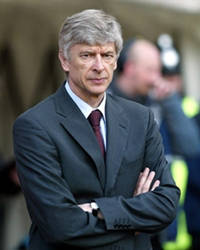 In an interview, Wenger reiterated that unlike some other clubs, Arsenal will not spend speculative amounts of money that they may struggle to pay back.

Asked why the Gunners do not tend to sign ‘big name’ players, Wenger commented, “Because we respect our budget. You look at the clubs who lose £100m or £150m and if we do that then we go bust. We pay what we can afford.

“If I tell you we can win two more points but we lose £150m, what will you say? Win two more points. But I ask a second question: where do we get the £150m in? Maybe you don’t have the same answer.”

Arsenal are second in the Premier League and are the only English side left in four competitions this season.