Arsenal are on the verge of signing highly-rated Charlton Athletic defender Carl Jenkinson on a four-year deal. 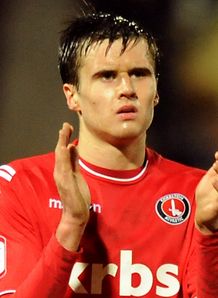 Arsene Wenger has beaten off interest from a number of other Premier League clubs to lure the full-back to North London.

The 19-year-old declined a new contract to stay at the Valley and will move to the Emirates on a free, but Charlton will receive some compensation as he came through their youth ranks.

The talented right-back, who can also play centre-half, has broken into the Charlton first-team and attracted a lot of admirers.

Jenkinson, who both he and his family support the Gunners, believes working under Wenger will be beneficial to his career.

He has played for England at youth level but recently switched his international allegiances to Finland on account of his Finnish mother.

Wenger has been in the market for a defender for a while after high-profile gaffes by Sebastian Squillaci and Laurent Koscielny.

Fans may be upset the Frenchman has not signed an established centre-back but Jenkinson could grow into one, in the same way Kolo Toure did.