Bacary Sagna has revealed he could be out for another three weeks with the thigh injury he picked up in the defeat to Chelsea. 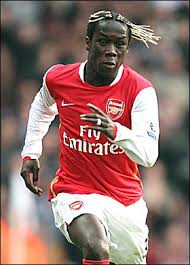 The French right-back has been forced to miss out on his nation’s two Euro 2012 qualifiers against Romania and Luxembourg with a problem that was expected to have resolved itself by the time Birmingham visit the Emirates Stadium on Saturday.

However, the 27-year-old has dealt manager Arsene Wenger yet another injury blow by revealing it will be November by the time he returns to first team football.

“It will take three weeks. I’ll take my time to get back.”

Sagna is the latest in a long line of Arsenal players to have picked up an injury this season with Robin van Persie, Theo Walcott, Nicklas Bendtner and Thomas Vermaelen all currently sidelined.