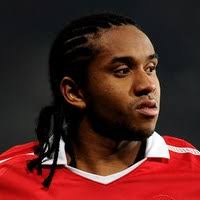 “Scholes was amazing, a legend, but it means more opportunity, more space for me,” Anderson said. “Scholes was one player where I learn a lot, he was unbelievable and for me the best midfielder in the world.

“I think Scholes was very important for the team as he had amazing quality, but I think everyone together can take his position.”

Scholes announced his retirement at the end of last season, having made 676 appearances for United.

Despite United having been linked to a host of potential replacements, including Luka Modric, Samir Nasri and Wesley Sneijder, recent comments from Ferguson suggest they’ll be no further additions to his squad.