Real Madrid’s on-loan striker Emmanuel Adebayor insists he does not deserve his reputation as a troublemaker. 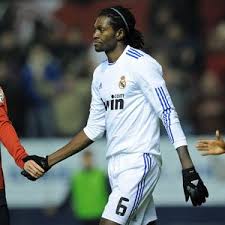 The former Togo captain joined La Liga club Real in January for the remainder of the season after falling out of favour at English Premier League side Manchester City.

The 26-year-old joined City from Arsenal in 2009 after publicly courting a move away from the Emirates Stadium.

He later scored in a match between the two sides at Eastlands and sparked controversy by inciting Arsenal fans with a provocative celebration.

Adebayor also endured a difficult relationship with the Togo Football Association before his retirement from international football in 2010.

But the former Monaco man maintains his bad-boy image has been greatly exaggerated.

“I’m not a troublemaker at all,” Adebayor said.

“Sometimes, you know, we are all human beings. Sometimes it happens that even with me and my mother we don’t find an agreement. That’s part of life. That for me is normal. So, I’m not a troublemaker and I would never fight against anybody.”

Adebayor has already been impressed with Real boss Jose Mourinho and is hopeful the Portuguese coach can have a positive impact on his career.

“He trusts you and all he asks of me at the training is for me to work, to be ready all the time, to give your maximum, to train fully, to play fully and I think he’s a trainer who may change my football.”

“As you’ll remember he doesn’t know me well. He’ll have the time to get to know me.”